A Mountain of Crumbs


Warning: array_key_exists() expects parameter 2 to be array, boolean given in /homepages/27/d301954394/htdocs/wp-content/plugins/shortcoder/shortcoder.php on line 112 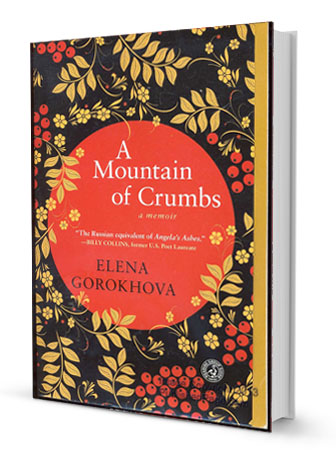 A Mountain of Crumbs

A Mountain of Crumbs is the story of a young Soviet girl’s discovery of the hidden truths of adulthood and her country’s profound, brazen lies.  The narrator recreates the world that both oppressed and inspired her.  She recounts stories passed down to her about the horrors of Stalin’s terror and the Great Patriotic War and probes the daily deprivations and small joys of her family’s life in Leningrad.

Through the narrator’s captivating voice, we learn not only the story of Russian life in the second half of the twentieth century, but also the story of one rebellious citizen whose love of a foreign language finally transports her into a new world.

A Mountain of Crumbs is: